The Old Woman and the Falcon 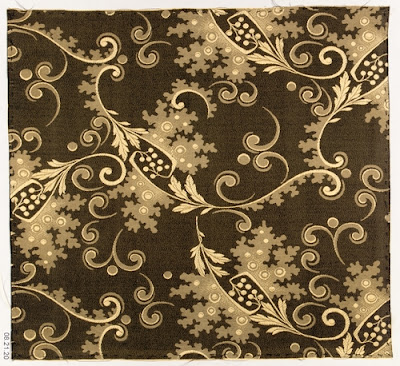 Textile sample, designer unknown, Metropolitan Museum of Art
When you give a noble falcon
to a fussy old woman who knows nothing of falconry,
she will clip its wings short, for its own good.
Young man, where has your mother been
that your toenails have gotten this long?
Those talons are how the falcon hunts its food.
The old woman fixes him tutmaj, dumpling stew.
He won't touch it. Too good to eat my tutmaj, huh?
She ladles some broth and holds it to his beak.
Her anger builds, and suddenly she pours
the ladle of hot soup over his head.
Tears come from those beautiful falcon eyes.
He remembers his former life, the king's love-whistle,
the great circling over the ocean,
the distances that condense so quickly to a point.
Falcon tears are food for a true human being,
perfume for Gabriel.
Your soul is the king's falcon,
who says, This old woman's rage
does not touch my glory or my discipline.
Posted by Ruth at 12:01 AM

it's important to remember to breathe while reading this writing. i forgot! steven

How extraordinary and synchronous, Steven, that you commented this about breathing just before reading Rilke today, and Dan's comment about breathing, and maybe mine about how hard it can be to just breathe in this life. As I write this, I take a big sigh-breath in, for I am in a season of stress in my job, and this is what happens: I forget to breathe!