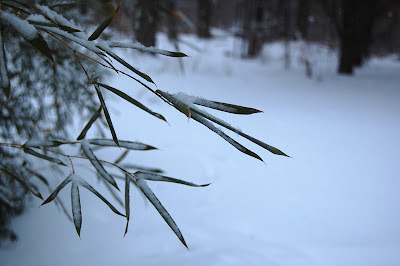 The story is told of Uthman, who when he became caliph
mounted quickly the steps of Muhammad's pulpit,
where Abu Bakr, out of respect for the prophet,
seated himself on the second step.
There were three steps. Omar sat on the third step.
Uthman climbed to the top. When asked why, he replied,
If I sat on the third step, people would say
I was like Omar. If on the second step,
He's like Abu Bakr.
But up here where the chosen one sat, no one will think
to compare me with that king of the spirit.
And sometimes when he had climbed
to the preaching place, that sweet one Uthman,
would not say anything. He stayed silent
until midafternoon. No one asked him
for a sermon, and no one left the mosque.
In the silence many began to see with Uthman's light.
This is how a living master opens the inner eye.
Posted by Ruth at 12:01 AM No comments: